The African wild dogs (Lycaon pictus), also known as the painted wolves or Cape hunting dogs, were once numerous across sub-Saharan Africa but their population has steeply declined. In the Serengeti ecosystem the African wild dogs all but disappeared in the 1990’s and were considered extinct in the region but in recent years these endangered dogs are making a tentative comeback.

I have long been an admirer of the endangered African wild dogs. Their decidedly humane behaviour towards their own pack members fascinates me. From reading stories of wild dogs feeding and protecting the injured or elderly unable to hunt, to pack members successfully raising young pups after the mother was killed, such acts of altruism is uncommon in the animal kingdom.

As an avid safari enthusiast, I have been on many dozens of safaris yet have only glimpsed the elusive wild dogs on several occasions. Once such occasion was in an area known as Loliondo Game Controlled Area adjacent to Serengeti National Park on its northeastern border.

In the chilly darkness of predawn, we climb into the Landcruiser and lurch down a rough dirt track heading towards the remote hills of Loliondo. Somewhere in the darkness, our safari guide stops beside a Maasai boma and cuts the engine and climbs out. I hearing him softly calling out to someone. A few minutes later, a Maasai hauls himself into the front seat of the Landcruiser still looking groggy from being awoken. He is a wild dog tracker and our guide for the day. He tells us he knows of a wild dog den and if still occupied, almost guarantees us a wild dog sighting. I am absolutely thrilled.

We drive for an hour or more where no tire tracks exists, climbing higher into the hills and taking us through landscapes and views as breathtaking as any within Serengeti National Park. I assume the Maasai guide knows where he is taking us and can get us back. If not, being lost in this remote wilderness for a few days might not be so bad, knowing that we had packed food and boxes of bottled water in the back of the jeep.

By the time sun had risen above the horizon, the Maasai tracker tells us we are near. We stop the Landcruiser and climb out, stretch our legs and walk over to a hillside approximately 400 metres from the wild dog den site, take out our binoculars, hunker down and wait. It’s not long before we hear a distinctive “hooo” call used by wild dogs to call other pack members. Finally, in the very far distance we see movement in the dense thicket and a lone wild dog makes an appearance and for a brief moment we lock eyes before he quickly disappears back into cover of dense brush. I was only able to get a few quick shots on my camera. I am in awe.

Wild dogs are generally not skittish of human presence especially at such distances. Previously I have observed wild dogs at much closer proximity without any change in their natural behaviour. It appeared that this pack was extremely cautious and I was about to learn for good reason.

We wait for some time to see if the wild dogs will appear again but they seem to have left the area. The Maasai tracker indicates that it’s okay for us to approach closer to the den site. We climb down the steep bushy hill and he shows us the wild dog tracks in the dust and markings made near bushes. When the Maasai tracker and our safari guide approach and inspect the den site, they notice an ominous chemical smell. The Maasai pulls out a chemical soaked cloth out of the den hole. Someone had poisoned the wild dog den. We were all shocked and aghast. The Maasai indicates that he was here only days ago and saw the pups so that they must have been poisoned very recently, perhaps even the night before. We desperately listen for sounds in the den but only silence. I am filled with a burning anger and great sadness as I stand in one of the most beautiful places on earth. I cannot fathom why anyone would want to harm such noble creatures.

Our group spreads out and we comb the area for something, anything. I am not quite sure what we were looking for – the culprit, any evidence of who might have done it, sick dogs or pups we could try to rescue. But we find nothing. I see zebras peacefully grazing on the opposite hillside, colourful butterflies flitting from one wildflower to the next yet in the midst of such lovely scenery I feel nothing but bitterness, anger and a sense of helplessness. Our safari guide indicates that he wants to call the Serengeti Wild Dog Research Project to report the incident and so we climb back into the Landcruiser and drive higher up the mountain to find mobile reception. Our guide eventually connects with the head researcher in Arusha and who indicates that he will fly out to Loliondo first thing the following day. A loss of an entire pack would be a devastating blow to the comeback of this species in the Serengeti area.

We spend the rest of the day near the den site hoping for a glimpse of any surviving wild dogs but other than the lone male earlier in the morning, we see nothing else. As the sun begins to set, we are forced to head back to our camp. I try to console myself that at least one pack member survived, there could be others.

A few days later, our safari guide receives a phone call from the wild dog researcher. The researcher indicates that he went to the den site with the Maasai tracker and they were able to locate the wild dog pack. The pack had moved den sites and the pups were alive. I felt incredibly relieved. The chemical on the cloth was a strong pesticide used for parasite control on livestock. The offender was a local Maasai who grazed his livestock in the area and had suffered considerable loss to the wild dogs. From what I have heard, livestock cannot tell the difference between domestic Maasai dogs and wild dogs and so wild dogs slaughter the livestock almost effortlessly, often many more than necessary. Wild dogs pose a real threat to the livelihood of the Maasai when their territories overlap.

It is a common theme throughout the world – wildlife struggling to survive and coming into conflict with humans as the world population continues to increase and encroach onto buffer zones and protected lands.

Tanzania is one of the last strongholds of the wild dogs in Africa where population numbers are still sufficient for the survival of this endangered species. Although the African wild dog is extremely difficult to spot on safari, not only because they are so few in numbers but also because wild dog packs can travel great distances in matter of days but if they are of interest to you, ask your guide. He may know of recent sightings or be able to get in touch with a wild dog tracker who may know the whereabouts of a pack. 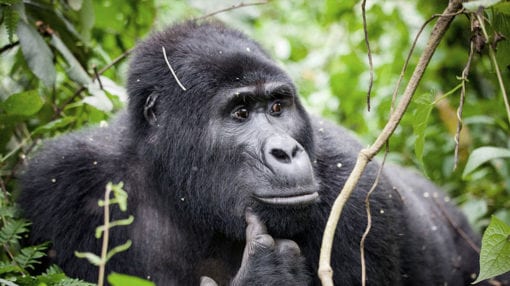 Eye to eye with the Mountain Gorillas

This is peerless, and possibly the most poignant experience on earth.... 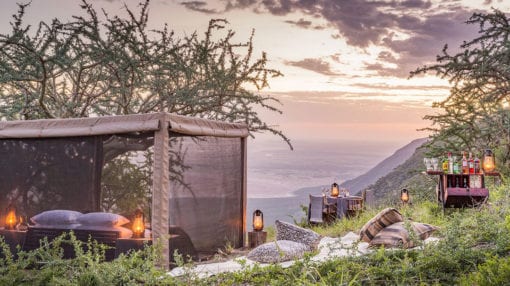 A romantic journey from safari to sea 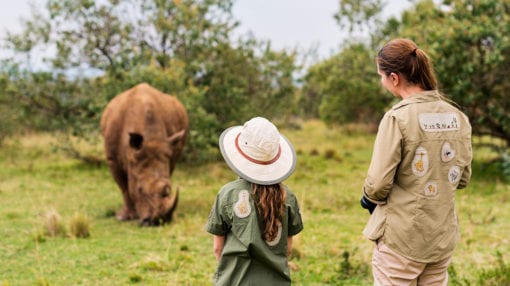 We design unique safari itineraries geared towards families of all age... 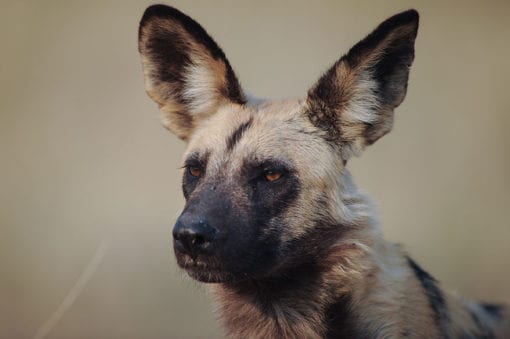 Alex came in Africa in the fall of 2011, his range-wide Zebra research started in...

“We can’t thank you enough, Rob for putting such a wonderful itinerary together, it certainly ticked all of our boxes and more. The Beach resort Xanadu and Tulia were just the perfect choice.”

“Hi Rob, we are just getting ready to board for our flight home. The safari trip was fantastic and our Gorilla trekking in Rwanda was great! First class all the way. Thank you and Solomon for making this trip an experience we will always remember! Outstanding. Thanks again!”

“Overall it was truly an unforgettable experience, our itinerary was well planned and various – we loved it! Rob was organized, easy to contact and provided all the necessary details beforehand.Also the Beach resort Xanadu Villas and Tulia were just the perfect choice.”